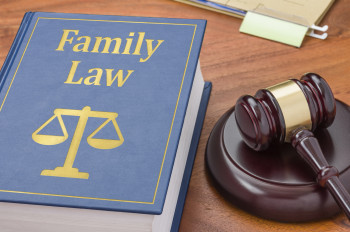 We know that legal matters dealing with family issues can be emotional. Whether you are going through a divorce, a child custody battle, or need legal assistance for child support, adoption, paternity or prenuptial agreements, we can help.

Divorce is a life-changing event which leaves spouses with many questions and concerns. When going through a divorce you need an experienced and trusted attorney by your side to guide you through the process and protect your legal rights. Kentucky is what is known as a “no-fault” divorce state. This means that the Court generally is not concerned with why the parties are seeking a divorce, but rather that the marriage is irretrievably broken. If the parties are unable or unwilling to come to an agreement, the Court will divide all property acquired during the marriage, will divide all debt acquired during the marriage, will decide on custody and parenting arrangements for any minor children, and will enter a decree of dissolution ending the marriage.

“Marital property” is considered anything that is acquired during the marriage – with a few exceptions. This means retirement funds, real estate, vehicles, personal property over $100.00, etc. are all considered marital property.

In most divorce cases, the Kentucky Courts now favor mediation, where the parties sit down with a third-party, neutral mediator. Generally, the Court will require the parties to mediate the issues in an attempt for the parties to reach an agreement on their own, rather than leaving it up to the Court. If mediation is successful, the parties can enter into a Property Settlement Agreement which settles all disputes and the Court can subsequently adopt that Agreement and enter a Decree of Dissolution ending the marriage.

When representing persons in the area of family law, contacts must be made with support groups such as psychological counseling, custody evaluation, mediation, financial advising and crisis intervention. As attorneys in the family law area, familiarization of the support groups and resources necessary to aid through this process is critical. We are G&L have those contacts with the necessary resources to help you through this difficult time.

Matters can also arise after divorces have been finalized and/or relationships ended which include matters of modification of parenting time and child support or enforcement of court orders not being followed by one party.

Northern Kentucky Courts prefer joint custody with equal parenting time option when possible. This is known as Shared Parenting. Joint Legal Custody requires both Mom and Dad be part of decisions for the children. The Courts believe that the children need Mom and Dad in their lives as much as possible in order to create a stable, structured, and scheduled environment. The standard that Family Court Judges base their decisions on is what is in the “best interest” of the children.

Child Support is determined by the guideline table outlined in the Kentucky Revised Statutes and is calculated based on the income of the parties and if a shared parenting arrangement is ordered, then the support may be adjusted to reflect it accordingly. Parties usually divide expenses such as medical bills, extracurricular expenses, and school fees based on their proportion of income. The court wants to limit the negative impact on the children as much as possible and wants the lifestyle which they have grown accustomed to remain the same.