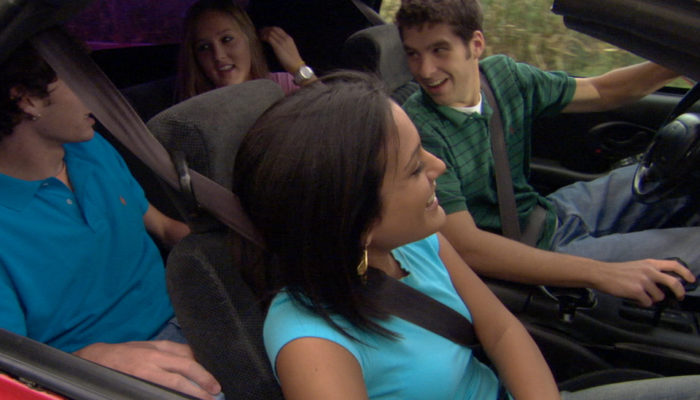 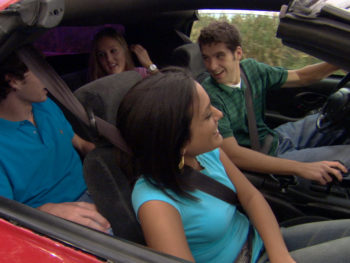 Getting a driver’s license is a major milestone for teenagers. It is also a big responsibility. While driving can be a sign of maturity, reckless behavior behind the wheel can have drastic consequences. When your teenager begins driving, it is important to discuss the potential dangers of any vehicle. Review teenage driver safety tips to be sure your child understands the rules of the road. Motor vehicle owners in Kentucky who are also parents need to pay attention to whether or not it is appropriate to let their children drive. When a parent signs the application for a minor to obtain a driver’s license they accept liability for any damage caused by the teen. If an underage driver does not have a driver’s license but decides to drive a car and has a crash while driving, all liability caused can be claimed against the parents for negligent supervision.

Parents become responsible if they themselves are negligent in the supervision of their children and, as a result, their children negligently injure someone. The cases are based on the idea that a parent has a duty to exercise reasonable care to make sure his or her minor child does not intentionally harm another of cause a risk of bodily harm. To prove negligent supervision in the contest of a car accident, a plaintiff must show…

To be held responsible a parent must know of his or her ability to control the minor and must know that it is necessary and possible to control the child. Foresee-ability is the issue on which a parent’s responsibility to control his or her child turns. If the teen has prior occurrences of the cause of the accident and the parent is aware of that behavior it could cause a parent to be responsible. However, parents are not required to be fortune-tellers about their teen’s behavior. In the case of car accidents, parents who know the teen has been drunk and driven on prior occasions may be liable to anyone the teen injures.

A Ky Court of Appeals 2005 case consider whether parents had negligently supervised their child who crashed their car and injured a passenger. The 15-year-old driver convinced someone to buy him beer. He had no permit or license. He and a group of friends drank beer at a friend’s house and then the fifteen year old drove the friends to a cemetery for another gathering. As he was driving through the cemetery he crashed into a tree. One of the friends in the back seat suffered brain damage as a result. The parents of the injured boy sued the fifteen-year-old and his parents, and others. The claim against the parents was negligent supervision of their son. The parents of the fifteen old filed suit that there was no negligence in supervising their son and prevailed. There was an appeal by the parents of the injured boy. The appellate court said there was no evidence that the parents had actual knowledge of their son drinking and driving on the night of the accident or even before. The plaintiffs argued that the accident was foreseeable because the parents knew of prior occasions of drinking and prior occasions of driving the vehicle. The fifteen-year-old’s parents said he was punished and the plaintiffs argued the parent efforts were ineffectual. The boy’s mother did say she had taken the boy to the cemetery to do driver training previously. The appellate court ruled these isolated instances of drinking and on another occasion operating a motor vehicle with his parent in the car were not sufficient to make it foreseeable that he would take a car and crash it into a tree. The appellate court also found that there was insufficient evidence to show that the parents had the actual ability to control their son to keep him from driving and crashing the car into the tree that night.

Alcohol isn’t just illegal for teenagers to consume—it can be deadly if they drink and drive. In fact, drunk driving is one of the most frequent causes of death among teens. Alcohol impairs most of the skills that young drivers need the most, such as their reaction time, their vision, and their judgment. Parents of teenagers who own cars must be cautious about how they respond to their child’s misbehavior in connection with the car and drinking. This case found in favor of the defendant, but the court left open the question of whether the parents would have been liable if they had known of more occasions on which their son drove drunk.

At Grubbs & Landry, PLLC, we are dedicated to personal and friendly service. We manage our practice in an ethical, cost-effective manner to best help our clients resolve their legal issues with the least expense possible. We pride ourselves in advocating for our client in divorce, child custody, and child support matters as well as other family law matters. We are active in prosecuting personal injury cases-recovering for the injuries our clients sustain due to the negligence of others. Additionally, we help our clients prepare for the future through the preparation of Wills, Power of Attorney and Living Will.
>> Learn More